Taking the UGH Out of Working with Parents 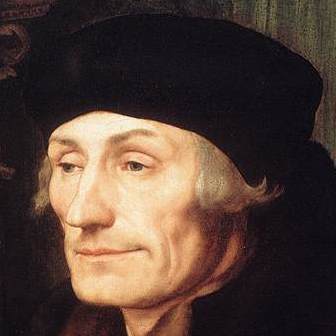 Erasmus. He looks a bit smug to me. 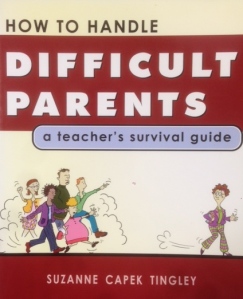 Books have been written on the topic, even though NOT all parents are difficult.

There are so many different kinds of parents with whom teachers work. Some parents are incredibly supportive of teachers; others are less engaged in their child’s education, a distant entity when it comes to academic or social events; while others are just plain difficult to work with. It could be that the difficult ones are difficult enough that they tempt teachers and principals to view all parents through a defensive lens, but if this is so it is unfortunate. There are all kinds of parents and for the sake of the students it is important that teachers connect with parents as effectively as possible.

With this in mind, I have a request of you. One of the topics we will cover in my Classroom Management class this quarter is the topic of “Working with Parents.” Will you take a moment and share a strategy or insight that pre-service teachers can keep in mind when they work with their students’ parents? It can be one strategy or it can be several. Your insights can be from the perspective of a teacher or they can be from the perspective of a parent? It could be a strategy that you have found to work well, or it can be something to be avoided. My students truly will benefit from what you share.

There is a dialogue box below in which you can quickly type your thoughts. Thank you for taking the time to help us!

23 Responses to “Taking the UGH Out of Working with Parents”