Posts tagged “what is a principle”

It’s the 7 Principles of the Thing

The Japanese translation of Glasser’s biography, Champion of Choice.

I am looking forward next month to traveling to Japan and speaking at their Glasser conference on Reality Therapy and Choice Theory. The Glasser biography, Champion of Choice (2014) has been translated in Japanese (thanks to Masaki Kakitani and Achievement Publishing) and is selling well there. Some of you are aware of Choice Theory’s presence in countries around the world, with several countries – Australia, Ireland, Canada, and Japan, to name a few – having active and influential Choice Theory organizations. 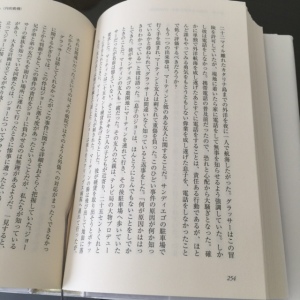 Like a number of other cultures, Japanese read from right to left, and they also read from top to bottom. Again, thank you Masaki Kakitani.

Choice Theory’s worldwide presence and appeal underscores a point that shouldn’t be lost on us, the point being that Choice Theory is based on principles. Think about it, we define a principle as a foundational, fundamental truth, not restricted by time or place. In other words, a principle of human behavior would be as relevant in Singapore as it is in Scotland; as relevant in 1500 BC as it is in 2016.

Glasser referred to Choice Theory having axioms, which is a pretty good word, too, but not everyone really knows what an axiom is. If you are curious, an axiom is a self-evident truth that requires no evidence or a universally accepted principle. So the two words – principle and axiom – are close. (I am not sure I like the idea that an axiom requires no evidence. It seems, even when it comes to an important principle we are constantly reviewing it for accuracy.)

Principles provide compass points for our lives.
(They’re that dependable.)

ONE – Every human being behaves for totally personal reasons.
We don’t behave for some reasons that are personal, or for reasons that are mostly personal. We behave for reasons that are totally personal. All of our motivation comes from within. We may change our behavior in response to a threat from someone else, or we may disregard the threat and do what we want, but either way we are deciding for reasons inside of us. We may accept a bribe and do what we are being paid to do, or we may reject the bribe and follow our own path, but again, we are deciding for internal reasons. We weigh outside circumstances; those circumstances don’t control us.

TWO – The only person we have a chance to control is ourselves.
Since every human being is internally motivated and controlled, it follows that “external control” or “outside control” really isn’t possible. We are not designed to be controlled by another person; nor are we designed to control others.

THREE – All behavior is purposeful.
I like Glasser’s explanation that any behavior is an attempt at that moment to meet a Basic Need. (Glasser would add that it is our “best” attempt to meet a need, but I am still thinking about that.) If we believe that people are internally controlled, then we must also believe that we behave for a reason, including the behavior of choosing to be miserable. (It’s fascinating to consider how being miserable could somehow be need-satisfying.)

FOUR – Attempts to control another person’s behavior will end poorly.
Because we are not designed to be controlled by others, or to control others, all our efforts to do so will harm the relationship between the controller and the controlee, and will also harm the quality of the task or product being demanded.

FIVE – Positive changes in behavior always come from tapping into a person’s strengths, not from trying to eliminate a person’s weakness.
Weaknesses represent areas in which we lack, sometimes significantly, so expecting changes to be based on areas in which do not have an affinity for or the needed skills seems a bit ill-advised. When working with a student (or teacher for that matter) who is performing marginally, the key lies in identifying areas of strength and building a success plan based on those strengths.

SIX – Positive changes are fueled by positive relationships with key individuals.
This may sound obvious, but it is striking how often this is ignored. Students, for instance, will work for a teacher with whom they enjoy a positive relationship, even in a content area the student doesn’t particularly like. And the opposite is just as true where students will do marginally in a content area they like because they are at odds with the teacher. One of the things that happens because of a good relationship is trust, and very little of value happens without trust.

SEVEN – Effective assessment is standards-based and always includes self-evaluation.
Measuring against a standard, especially when it comes to professional licensing (e.g.- passenger plane pilot, brain surgeon, lawyer, etc.), is important. However, the essential piece in the assessment process always comes back to how the individual being evaluated evaluates himself. Whether a student is working through a behavior problem on one hand or considering his level of performance on a Biology project on another, the goal is to help him/her accurately self-evaluate and then, if needed, to make a plan for improvement.

This list is not exhaustive, but it does state seven important principles of human behavior. My view is these principles have been around since the dawn of time and that they apply regardless of where you live. I have shared the elements of Choice Theory in places like Bangkok, Beirut, and Bermuda, disparate cultures that view the implications of Choice Theory differently. Of course, we here in the U.S. and Canada have our own cultural challenges, too, when it comes to Choice Theory. Yet principles are . . . well . . . principles. They don’t go away because we don’t understand them or don’t want to honor them.

Would you word any of the seven principles differently? Can you add any to the list? 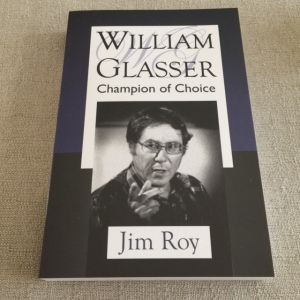 For those of you who read from left to right, remember the English version of Glasser’s biography is also available.

You can buy the paperback version through William Glasser Books at http://wglasserbooks.com.
It is also available through Amazon.

Electronic versions of the biography are available through Zeig, Tucker Publishing at https://www.zeigtucker.com/product/ebooks/william-glasser-champion-of-choice-ebook/