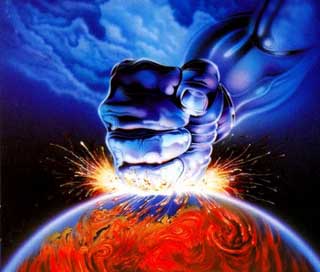 When it comes to God being coercive, we can respond in one of several ways.

Way #1 – If the Bible says it then that is how it is. Sure, He was coercive during those Old Testament times. He had to be coercive to do what needed to be done. I would have been coercive, too, if I were Him.

Way #2 – The Bible says stuff that I am not totally comfortable with, but I am going to give God a break until all the facts come out.

Way #3 – If God is like how the Bible portrays Him, then I want to head another direction entirely. Agnosticism or atheism suits me fine.

The topic of God as Coercer has been an important one for me personally. Choice theory explains human motivation and behavior better than any other theories of which I am aware. And I have come to appreciate God even more as I think about Him actually creating humankind with the freedom and power that choice theory proclaims. It is so significant to me that God did not create us to be his puppets, but instead gave us this incredible ability to decide what or who we will follow. “Come let us reason together,” He invites (Isaiah 1:18). He seems to be saying, weigh the evidence and choose. There is much in Scripture to support this view. And yet, there are passages in Scripture that also portray God in a different light. This different light portrays God as controlling and even violent. Some see a difference between the God of the Old Testament and the God of the New Testament. God is unchanging, though. Jesus himself said, “If you have seen me, you have seen the Father.” (John 14:9) So how are we to view these God as Coercer passages? 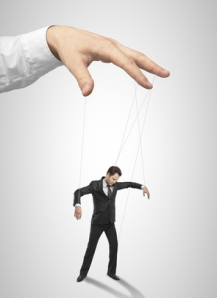 For years I have been collecting Scriptural texts that relate to choice theory. I have categories like Survival & Safety, Love & Belonging, Power & Achievement, Freedom & Autonomy, Joy & Fun, Perceived World, and God the Coercer. As I read different stories and passages, some of them seem to step forward and urge me to store them in one of these folders. Of the three “Ways” described earlier, I am most closely aligned with Way #2, although rather than passively waiting for details to emerge, I am on a mission to find out what’s going on with God and the use of force or manipulation.

Here, for example, are some stories of God as manipulative coercer –

And the Lord told Moses, “When you arrive back in Egypt, go to Pharaoh and perform all the miracles I have empowered you to do. But I will harden his heart so he will refuse to let the people go.” Exodus 4:21

The way this is worded it leads us to think that God needed Pharaoh to be a power-hungry jerk, so He touched Pharaoh’s heart and made him jerky. Or how about this passage describing a scene from the life of King Saul, which led Saul to look for an anti-depressant in the form of the musician, David –

Now the Spirit of the Lord had left Saul, and the Lord sent a tormenting spirit that filled him with depression and fear. 1 Samuel 16:14 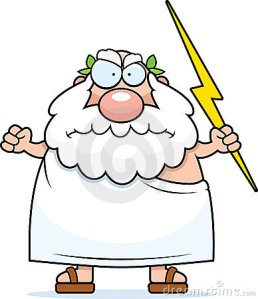 Again, the writer attributes Saul’s mental distress directly to God. Apparently, Saul was minding his own business when God sent a tormenting spirit to attack him. These texts fly in the face of God creating humankind with free will and the intelligence to make reasoned choices. It flies in the face of the hundreds of times in Scripture where God or angels reassure humans with the words “Don’t be afraid,” or “Fear not.” And it contradicts the apostle Paul’s clear statement that “God has not given us a spirit of fear, but of love, power, and a sound mind.” (1 Tim. 1:7)

The book of 1 Kings in the Old Testament is full of language that makes God responsible for every terrible and destructive action that takes place. When kings and their entire families were assassinated during a coup, it was because God wanted it to happen. If God’s people didn’t obey Him then He would “uproot” them from the land; He would “reject” them; and He would make them “an object of mockery and ridicule.” People will gasp in horror and ask, “Why did the Lord do such terrible things?” You get the gist.

The story of Elijah begins in 1 Kings 17 and even here we see the same language and view of God. Because of a severe drought, Elijah finds shelter and food with a poor family, a widow and her son, in the village of Zarephath. God is miraculously sustaining this little unit, yet when the boy gets sick and dies the mother cries out to Elijah, “O man of God, what have you done to me? Have you come here to point out my sins and kill my son?” (1 Kings 17:17, 18) Her comment reminds us of the way people then viewed the behavior of their gods and the fact that there were uncontrollable forces about that could only be attributed to the supernatural.

I would have expected better from Elijah. I mean, he was one of the greatest prophets in the Old Testament. And he was one of the few people in the history of the earth to be translated without seeing death. The dude has some rather impressive credentials. Yet when he took the boy’s lifeless body upstairs he then did his own crying out. “O Lord my God,” he began, “why have you brought tragedy to this widow who has opened her home to me, causing her son to die?” (v20) Even Elijah had been saturated with this way of looking at God.

I think it is hard for us living in a 21st century secular world to relate to the 9th century BC religious world. If we define religion as a vehicle for humans to access, relate to, and appease their gods, then the world during Old Testament times would have been a deeply religious place. Unfortunately, similar to the Greek gods of mythology, the “gods” of the Old Testament were capricious, arbitrary, moody, and self-serving, even to the point of demanding human sacrifices. “Gods” of that day were thought to control nature and cause catastrophes as a way to manipulate humans. This was the context of the day; not an accurate context, but it was their view of reality. And it was the context in which God had to communicate. I think this issue, the context issue, is the cause for a lot of our misunderstanding regarding God’s Old Testament behavior. I don’t have it all figured out yet, but I think this is a part of the answer.

My quest to know God better and to be in relationship with Him is very important to me, and my belief in choice theory is very important to me, too. The two really need to be able to go together. I want to remain open as I continue to search for clues that speak to the extent to which God is a choice theorist. My belief is that God is the ultimate choice theorist, that He invented the concept of freedom and wants us to experience freedom every day. Stay tuned.

The eBook version can be accessed at –

The paperback version can be accessed at –

or from Amazon at –