It has been four years since William Glasser passed away on August 23, 2013, but not a week goes by, or even a day, that I don’t think about him or one of his ideas. It is interesting just how important his ideas have become to me. For instance, when it comes to wanting to be in a better place psychologically and emotionally, I continue to look through a Choice Theory lens. The principles of Choice Theory are a wonderful mirror from which to self-evaluate.

Choice Theory ideas seem to be important to other people as well, or maybe I should say the principles of Choice Theory, since I continue to see articles and books that point in the same direction he pointed to throughout his career. Whether you want better schools, better parenting, better relationships, or just a better psychology to guide your life, Glasser continues to be a lighthouse guiding the way.

The article links that follow will show you what I mean, plus they are good articles in their own right. Click on the article titles to read for yourself.

1) A New Kind of Classroom: No Grades, No Failing, No Hurry

The article describes a grass-roots movement in which 40 schools in New York City have adopted a program that has students focusing on achieving grade-level skills rather than receiving traditional letter grades. And rather than being mandated to make this shift, all 40 of the schools have adopted the program voluntarily. 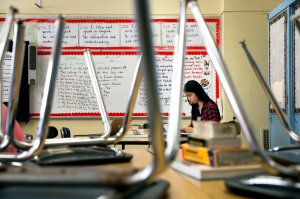 A student stays after school to keep working on her own.

“Mastery-based learning, also known as proficiency-based or competency-based learning, is taking hold across the country,” the article informs, with Vermont, Maine, New Hampshire, Illinois, and Idaho also phasing in the new approach.

It is impossible for me to see phrases like competency-based learning and getting rid of grades without thinking of my mentor and visionary friend, Bill Glasser. Since his early days with Bea Dolan at the Ventura School for Girls and his first books, including Reality Therapy (1965) and Schools Without Failure (1969), Glasser recognized how learning needed to be organized. Throughout his career he was driven to help schools make this shift. 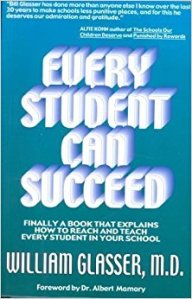 And of course, his clearest statements regarding competency-based learning can be found in his book, Every Student Can Succeed (2000), where he emphasized the need for students to achieve competence, and the strategies schools can employ to support them in the process.

“The real world asks for competence
and usually gets it when what they ask the worker to do
is useful and they treat the worker well.”
William Glasser

2) When Schools Forgo Grades: An Experiment in Internal Motivation

The article describes the efforts of teachers and students at the Integrated Global Studies School in NYC to move away from traditional grading and instead implement narrative feedback on work in which students want to be involved. IGSS is a small school (160 students) within a much larger high school (over 4,000 students) in which administrators, teachers, and parents wanted to see if grading differently would make a difference in learning. It turns out it makes a huge difference! 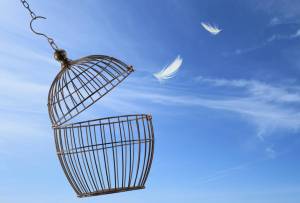 Escaping from the cage

It’s about “learning how to learn.”

Engelman admits she was hesitant to give up the traditional model at first. It was all she knew. And while at first she opted to receive traditional feedback, too, she explained that “Grades or no grades you get a written narrative about every assignment and how you are as a student, which showed me how unnecessary grades were,” she said. She also found the system more motivating. “Rather than just learning information and learning specific facts, we were learning how to learn and that felt a lot more meaningful.”

Glasser began describing this very process in Schools Without Failure (1969), his first book on schools specifically, and stuck with this message his entire career.

3) Good Genes Are Nice, But Joy Is Better

Harvard researchers began tracking the health of 268 sophomores in 1938, hoping the longitudinal study would reveal clues to leading healthy and happy lives. While 19 of the original 268 are still alive, many more subjects have been added over the years, and altogether a lot of impressive data have been collected. So what matters when it comes to leading a satisfying and happy life?

“The surprising finding,” began Robert Waldinger, the director of the study, “is that our relationships have a powerful influence on our health. Taking care of your body is important, but tending to your relationships is a form of self-care, too. That, I think, is the revelation.”

This finding would come as no surprise to William Glasser or anyone else into the ideas of Choice Theory, as he believed that all significant psychological problems were based in relationship problems.

“Close relationships,” the study continued, “more than money or fame, are what keep people happy throughout their lives. Those ties protect people from life’s discontents, help to delay mental and physical decline, and are better predictors of long and happy lives that social class, IQ, or even genes.” 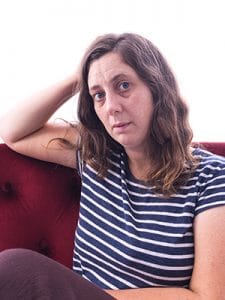 Also commenting on the topic of happiness, or lack thereof, this short article points out the importance of being socially connected. Examples from the article include –

+ Being connected to others is a fundamental human need.

+ According to an AARP Loneliness Study, over 42 million Americans suffer from chronic loneliness.

+ Another study showed that greater social connection is associated with a 50% reduced risk of early death.

+ There is robust evidence that social isolation and loneliness significantly increase risk for premature mortality.

+ Greater emphasis should be placed on social skills training for children in schools.

+ Doctors should be encouraged to include social connectedness when medical screening.

+ People should be preparing for retirement socially, as well as financially.

Like a lighthouse alerting ships to navigational information, Glasser alerted me, and many others, to information that contributes to health and well being. Four years after his passing he is still missed, especially by those closest to him, yet his ideas continue on. Ideas that matter as much as his tend to do that.