What You Feel Can Change What You See

One of the great insights that we gain from choice theory is the realization that we are constantly in the process of creating our reality. It is difficult to overstate the importance of this concept, since all of our views, our fears, our responses, and our plans are based on our perception of reality.

In a sharp, concise TED talk, Issac Lidsky explains “how what we see is a unique, personal, virtual reality that is masterfully constructed by our brain.” He acknowledges that what we see can change how we feel, but he goes further by also explaining that “what you feel can change what you see.” Citing fascinating studies he points out how subjects’ estimates as to how fast a man was walking was influenced by whether or not they were shown a picture of a cheetah or a turtle; or that subjects believed that a hill was steeper if they had just exercised; or that a landmark appeared farther away when subjects were wearing a heavy backpack. His 11 minute talk follows –

The only thing worse than being blind
is having sight with no vision.
Helen Keller

Consider showing this TED talk to your middle school or high school students. Afterward viewing it, you might consider processing some of the following questions with them –

+ Helen Keller once said that “The only thing worse than being blind is having sight with no vision.” Does Isaac Lidsky have vision and if so, provide examples.
+ What did Lidsky mean when he said that we create our own unique, virtual reality?
+ To what extent do you agree with Lidsky that what we feel can change what we see?
+ What does it mean to hold ourselves accountable for every thought?
+ At one point during his early life, Lidsky referred to his view of his life being “a fiction of his fears.” Is his story just one more feel-good yarn, or is he on to something? To what extent do you relate to the possibility that your view of things is a fiction born of your fears?

Hold yourself accountable for every thought.
Isaac Lidsky

Another excellent video that demonstrates reality being a product of our own creative interpretation is the Season 1: Episode 1 edition of Brain Games, entitled Watch This. Very well done. Your students will be impressed. Lots of material to talk about afterward, as well as a lot of activities to try in your own classroom. You can easily access the episode on Netflix. 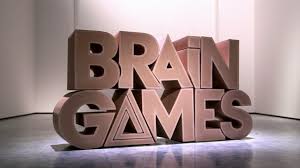 On a personal note –

Ok, so I have recently been diagnosed with a non-Hodgkins form of lymphoma, a cancer known as Waldenstroms, named after a Swedish physician who discovered the disease in 1944. Waldenstroms (WM) is rare, affecting approximately 1,500 people a year in the US (which represents 1/10 of 1% of the 1.6 million people who are diagnosed with cancer in the US each year). It is incurable, but treatable. It affects the body’s ability to create mature, healthy blood cells. In my case, due to a bone marrow biopsy, they know that 70% of my cells are affected by the lymphoma. One of the results of this condition is a lower amount of energy, which I have been experiencing for some time.

I have kept on the run this summer, though – teaching summer school classes, and giving choice theory in-services in Oregon, North Dakota, and Indiana, as well as presenting at a choice theory conference in Japan – and I plan on that to continue. My energy is lower, but not gone. Over the coming weeks I will be considering treatment approaches and schedules. Because we are looking at an immunotherapy approach, rather than a chemotherapy approach, I hope not to miss work or other appointments.

The reality of the situation is still sinking in, but I have incredible support from family and close friends. My faith is strong, which is the most important thing, however I know that my choice theory beliefs will also contribute to my working through this, wherever it may lead.
Like Jesus says –

Here on earth you will have many trials and sorrows. But take heart, because I have overcome the world.   John 16:33

16 Responses to “What You Feel Can Change What You See”