We Will Get Through This Together

The picture of the Middletown sign burning last weekend became one of the iconic photos that captured the seriousness of the Valley Fire and its effect on the towns of Cobb, Middletown, and Hidden Valley Lake. I shared it in my last blog (The Valley Fire and Fitting Your Life Into a Car) for that very reason.

The picture that came to represent the devastation of Middletown during the first night of the fire.

It turns out that this very sign (which I had forgotten) is located directly in front of the Middletown Seventh-day Adventist church and school. Early reports indicated that the church and school were lost in the fire (maybe because people saw what happened to the sign), but now we know that quite the opposite is true. A video taken a couple of days after the fire had passed through the area shows that while everything around the church and school property (and I mean right up to the property line) was charred black, other than a pump house for the water, neither the church or school was damaged. (The video on Facebook has gone viral with over 188,000 views at the time of this writing.)

Middletown SDA School, taken before the fire. Things around it look different, but the school looks the same.

Besides “favoriting” the video, many have shared comments along the lines that God and His angels prevented the fire from coming any further, and that they are praising God for His selective protection. I don’t think these comments are exclusively from SDAs. I had a sense they are from the greater Christian community. I am starting to notice other comments that are reacting to this view with concern and even disgust. At least three people were killed in the fire and close to 600 homes have been destroyed (I am close to some of the people who lost their homes and I know them to be friends of God). Are we to assume that God didn’t send His angels to protect them? 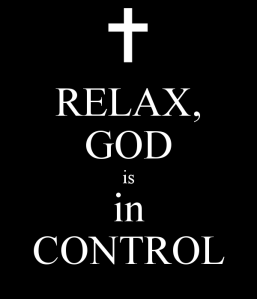 I don’t presume to understand or to be able to explain God’s involvement in our affairs. There seem to be “rules of engagement” that affect even Him. For millennia people have tended to believe that God is responsible for everything that happens, but I don’t see it that way. (Examples of this way of thinking can be found in Luke 13:4 where people wondered if 18 people who died when a tower fell on them were worse sinners, and in John 9:2 where people wondered if a man had been born blind because of his own sins or because of his parents’ sins.) I am convinced that God aches with each of our hurts and losses and that He has a way of comforting and strengthening and fixing that is incredible. I am also convinced that it is important to keep two things in mind –

One: Our planet is struggling through the effects of sin. The rebellion that began in heaven (of all places) got a foothold on earth (thanks to our ancestors’ choices) and the results have been awful. Manmade things wear out and break, leading to hurt and death, and even nature itself seems to be falling apart.

And Two: We are a planet marked by free will and personal choice. God designed us with free will and He has gone to great lengths to preserve our choice power. This power is awesome when people use it for good and terrible when they use it selfishly. (Choice theory appears to me to be a part of God’s original design.)

My own belief is that from the minute the fire began God started working miraculously on people’s behalf. I don’t presume to know how or where that exactly happened, but that is my sense. Sin and its architect want to destroy; God wants to protect and heal.

One thing that is apparent, as people affected by the fire begin to pick up the pieces of their lives, is the incredible outpouring of support and donations by the public. May that outpouring become a deluge of services, things, and money! May our mantra be We Will Get Through This Together!

PS – I am glad that the Middletown church and school were not destroyed by the fire and I hope that they become a place of even greater service and support for their community, rather than in any way smugly coming across like God protected them while not protecting others.

4 Responses to “We Will Get Through This Together”