The power of choice may be the most powerful power that human beings can access! We have the ability, do we not, to choose what we will do this moment, to choose our course of action, to literally choose our destiny. Some embrace this as the reason for their own success, while at the same time citing it as the reason for other’s failure. People who are struggling could make different choices. It is as simple as that. But is it that simple?

A friend who works with people who are coping with grinding, generational poverty, recently talked with me about this. He described how the spectrum of choices available to different individuals can vary so greatly that they are barely comparable. Consider the following graphic –

Person 1 – Joe, does have a spectrum of choices, however financially, socially, and emotionally slim those choices might be. 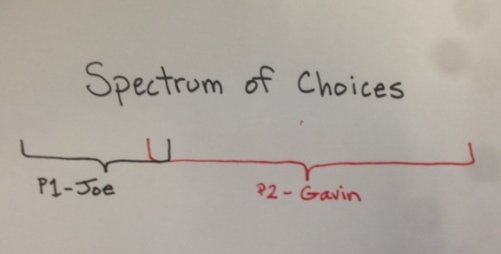 Person 2 – Gavin, has a much wider spectrum of choices. He comes from a financially solid background and has a large number of social connections from which to attain his own goals.

It is interesting that the choice options which may appear as the absolute best for Joe appear as the lowest possible options for Gavin. Their worlds are that different. And given this reality, what are the implications for those who work with the Joe’s and Gavin’s among us? 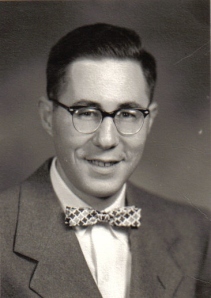 In his first big seller, Reality Therapy (1965), Glasser emphasized the role of personal responsibility. He described then how being responsible is analogous to being mentally healthy, while being irresponsible is equated with mental illness. Responsibility was basic to reality therapy and living responsibly ultimately led to happiness. These statements may have been accurate, yet Glasser became uncomfortable with how the concept of responsibility was being applied. Practitioners, many of them teachers, social workers, counselors, or in law enforcement, were using responsibility more like a “sledge hammer” than a goal or guide. When it became apparent that a student or parolee or client was behaving irresponsibly, then guilt or threats or disappointment would be applied in various forms. Seeing this trend develop, Glasser pulled back from the responsibility emphasis. The strands of responsibility could only be presented or emphasized from a foundation of involvement or a positive relationship.

The spectrum of choice issue may be similar to the responsibility issue, in that it may be too easy to assume that choice is choice and that everybody has access to a wide spectrum of options. If we think that way it will be just as easy to become judgmental toward anyone that doesn’t access good choices (which are obvious to us) or who may even make bad choices (when to us it is so plain that it could only be a bad choice).

The implication for us is to remember how different the choice options are for people, especially those affected by poverty, and how important it is for us to be compassionate in our thinking and our behavior.

Expecting Joe to view his life options in the same way that Gavin views his options is not realistic, and in some ways even cruel. One of the awesome aspects of choice theory is that it enables us to work with others as individuals, truly taking their reality into account as plans are formed toward a better future.

13 Responses to “Compassion and Slim Choices”