The two most important days in your life are the day you are born and the day you realize your purpose.   Mark Twain

Some of you noticed that I have added Purpose as an additional need to the five Glasser identified. It is true, and I not only added it, I put it at the top of the list. I did not do this flippantly. Instead, my suggesting this new addition represents a very personal process involving a great deal of reflection.

The thing that started this personal process was my wondering where my spirituality fit into the Basic Needs. And by spirituality I mean something much deeper than religion or church orientation. My spirituality has to do with Who I really am and What are my deepest beliefs and What is the meaning of life (it’s beginning and it’s end) and ultimately, What is my purpose in the grand scheme of things?

I tried to talk Glasser into endorsing this additional need, but he wouldn’t buy it. (When I first talked with him about it I referred to it as an Existential need, thinking he would be more comfortable with a “secular” wording.) I think he didn’t endorse the Purpose need for two reasons. The first reason had to do with not wanting to mess with the five needs he had emphasized for so long. Even though he had suggested the probability of their being more than five needs in his earlier writing (Control Theory, p. 16), he had settled into a firmness with his five. The second reason, I think, had to do with his seeing religion and spirituality as the same thing. He saw religious participation as a Quality World value or activity, and as such it didn’t qualify as a Basic Need. On top of this, in general, he didn’t view religion as a positive force throughout earth’s history. Without his endorsement I put my thoughts on this on a back burner and worked on other things. Even on a back burner, though, for me, the Purpose need wouldn’t go away.

I am convinced we are driven to understand our personal purpose and to make meaning of our lives, and that meeting this need is essential for the other needs to be fully met.

For a need to qualify as a Basic Need it would have to be needed, at least to a small degree, by all human beings. I believe the Purpose need meets this criteria as every human being has a deep need for personal meaning and the idea of coming into a sense of self. The self-help quest (books, seminars, videos, etc.) is an industry bringing in 2.5 billion dollars a year, so there are a lot of us seeking this thing called meaning.

I see college students that struggle because their life purpose is not clear to themselves. Their other needs are being met – they have friends and social connections, they are free to come and go, and they have some fun in their lives – but not having their identity and purpose clarified hampers their success. In fact, a lack of purpose can derail a college student’s academic success. 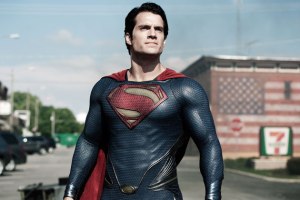 I am suggesting that the need for Purpose and Meaning is a universal need that people seek to meet in all kinds of ways. For many their involvement in a religion contributes to filling this need; others who are spiritual, although not into a religion, find meaning in their journeys as well. And even non-spiritual, non-religious people have their own ways of finding purpose and meaning. For instance, it is interesting how movies that depict superheroes, science fiction stories based on “a long, long time ago, in a faraway galaxy” themes, and end-of-the-world scenarios are so popular. It is like we have an innate curiosity about where we fit into the past, present, and future. It is like we have a consciousness void inside of us that can only be filled as our need for Purpose and Meaning are satisfied.

We are always monitoring the extent to which our Basic Needs are being met, something I do quite a bit when it comes to my own need for Purpose and Meaning. Maybe some of you can relate to that.

Every person has a purpose. Never give up.   Manual DeVie

For those of you just getting started with following The Better Plan blog, a great way to catch up is to go the link toward the upper left hand corner labeled 2013 – Year At A Glance. Each of last year’s posts are in chronological order and just a click away from accessing.