William Glasser: A Life to Celebrate 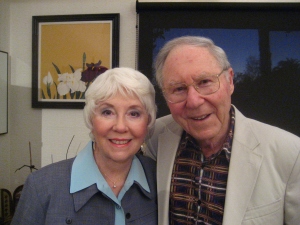 As an every-man psychiatrist, Glasser was appreciated by people around the world for his views on mental health and his strategies for counselors and especially educators. A progressive before it was in fashion to be progressive, he rejected commonly held beliefs that blamed mental disease for people’s behavior and instead described methods whereby people could recognize their own role in returning to wellness.

Glasser’s ideas on mental health began to form in the late 1950s when he worked with veterans in a mental hospital in Los Angeles and with delinquent teenage girls in a prison school. He burst onto a national stage, though, when he published Reality Therapy in 1965, and then Schools Without Failure in 1969. Reality Therapy was like a psychiatric shot heard around the world and he began to receive a lot of attention, especially from those working within the helping professions — counselors, social workers, corrections officers, addiction clinics, and especially teachers.

Reality therapy went on to become one of the main talking therapy options that future therapists learned about in degree programs and established Glasser as one of the most well-known psychiatrists in the world. He believed that the concept that people suffer from a mental illness was actually a road block to effective treatment, rather than being a help. Glasser wanted to compassionately help people become stronger and more responsible. To that end, reality therapy emphasized the need for a warm, caring relationship between therapist and patient; was built on the belief that people are capable of becoming responsible for their behavior; focused on the present and future, rather than the past; focused on present, conscious thinking and behavior, rather than trying to discover “unconscious” thought patterns; and desired to teach patients ways to fulfill their own needs within an effective (personal) moral framework. It was a groundbreaking approach that ultimately led to many others also building on the site that he began.

School principals and teachers recognized something special in reality therapy that could make a positive difference in the lives of students and when Glasser received a large grant to improve public education in 1967 the Educator Training Center was established and he embarked on a lifelong quest to show educators the importance of providing a need-satisfying environment for students. Of his 23 books, five of them were exclusively school related.

Glasser came to be known for control theory, the theory that he felt explained why reality therapy was so effective. Control theory described how people are internally motivated and are always acting in a way that they think will best meet their needs, which may even include choosing to be miserable. He became known for his emphasis on the idea that the only person we can control is ourself. Mental health, or happiness, is maintained as a person learns to stop trying to control others behavior and instead learns how to form and keep good relationships with the important people in his life. Glasser liked the details of control theory, but not the label, and in 1996 he changed the label to choice theory, which he felt more accurately described the essence of his beliefs.

Glasser was a prolific writer and lecturer and leaves behind a body of work–23 books, multiple booklets, and many, many journal articles– that will provide support and challenge traditional approaches for years to come. Besides eight active regional organizations throughout the U.S., the Glasser Institute also has a presence in more than 20 countries on six continents. Australia is one of the countries that has especially embraced Glasser’s ideas.

Glasser became a board-certified psychiatrist in 1961, and while he was well known in the popular press, he was not embraced by his own field. Writing books like Warning: Psychiatry Can Be Hazardous to Your Mental Health (2003) may have something to do with that. Being progressive has a price. Yet, even though he was somewhat ignored within psychiatry, toward the end of his career he received a great deal of official appreciation. In 2003 Glasser received the Professional Development Award from the American Counseling Association for his significant contributions to the field of counseling. The following year the ACA conferred to him the Legend in Counseling Award for his development of reality therapy. In 2005, along with being one of the faculty for the esteemed Evolution of Psychotherapy conference, he was presented the prestigious Master Therapist designation by the American Psychotherapy Association. He received two honorary doctorates–one from the University of San Francisco in 1990 and the other from Pacific Union College in 2006.  And in May, 2013, Glasser was officially recognized by the California state senate for a lifetime of achievements and his meritorious service to humanity.

Glasser was preceded in death by his first wife, Naomi, and his son, Joe. He is survived by his wife, soul mate, and co-author, Carleen; and his daughter, Alice, and son, Martin; five grandchildren and two great-grandchildren; as well as his brother, Henry, and sister, Janet. He is survived, too, by the many who heard him talk and read his books and articles and who, in some small way, felt like they were his soul mate as well. To his loved ones and close friends, and to every one of his “survivors” — Here’s to a life of choice!

What could be added to this tribute to make it even better? What did I leave out?

Thank you to those of you who responded to the initial announcement of Bill’s passing away. Some very heartfelt and eloquent thoughts were expressed in those comments.

If you haven’t, I hope you’ll take a moment and sign up to follow The Better Plan blog. It’s also easy to register for WordPress, which then allows you to click on the LIKE button of blogs you appreciate. I think this would be especially good for the blogs about Glasser’s passing away. WordPress is the biggest of all blog sites and a blog like this one being LIKED by a large number of people would alert  a huge blogging community to the life and work of William Glasser.

11 Responses to “William Glasser: A Life to Celebrate”