Posts tagged “giving credit where credit is due”

I recently saw The Wrecking Crew, a movie about the burgeoning music industry around Los Angeles in the 1960s, and the almost unknown studio musicians that played anonymously on many of the albums that were then being recorded. An impressive number of these songs went to the top of the billboard charts and achieved widespread fame. 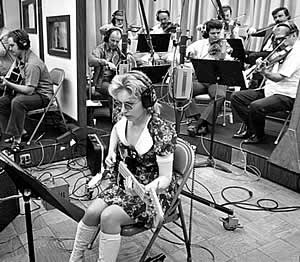 Carol Kaye, bass player for The Wrecking Crew, and one of the best bass players of all time.

These incognito studio musicians came to be known as The Wrecking Crew and were highly regarded throughout the Southern California music industry. Unfortunately, that almost invisible regard was all the notoriety these musicians would receive, as they were never mentioned on album covers or with singles that achieved #1 billboard status.

The list of individuals and groups they recorded with is too long to list here, but a few of them include: The Beach Boys, The Mamas & the Papas, The 5th Dimension, The Association, The Monkees, John Denver, Nat King Cole, Simon & Garfunkel, The Grass Roots, Gary Lewis & the Playboys, Cher, The Partridge Family, Bing Crosby, and Nancy Sinatra. They also recorded countless TV program theme songs (recall the opening to Bonanza) and commercial jingles. 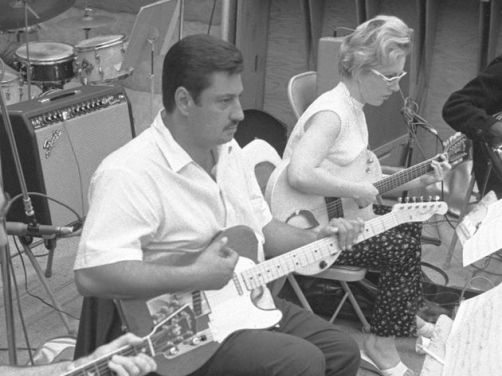 Tommy Tedesco, probably the best guitarist you never heard of.

So what’s the problem, you might be thinking. Let’s take The Beach Boys as an example. Brian Wilson, a member of The Beach Boys, was a music genius and arranged harmonies that are incredible. The rest of the group could sing well, but they weren’t as good as Brian when it came to the instruments. Brian would work with The Wrecking Crew musicians when it came to recording an album, since musically these guys were amazing. Another of The Beach Boys admitted that they were on the road 150 days out of the year and didn’t have time to practice. And yes, the sound of the live group on the road was quite a bit different than the studio musicians back home. This same scenario played out time and time again with other groups, too. 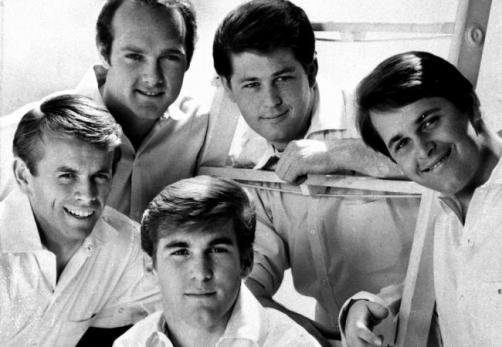 I loved a Gary Lewis & the Playboys album I listened to a lot as a kid back in 1967, yet now I know the actual musical impact of Lewis and the playboys on that album was pretty insignificant. There are some wonderful background guitar riffs, for instance, in the song Sure Gonna Miss Her, but as it turns out there was never anyone in the group capable of playing a guitar like that. (Thank you, Tommy Tedesco, of The Wrecking Crew.)

And so these little known musicians stayed very busy during this unique beginning of the rock and roll era, and they made good money in the process, yet they were rarely acknowledged for their contributions. Hit song after hit song was the result of their talent, but they were not given credit for any of them.

Things would change in the music industry and the studio era would pass. Music groups would come to be made of individuals with serious music talent, able to both record in the studio as well as to perform on the road. The Wrecking Crew musicians became less and less busy as a result. Some of them, like Glen Campbell, created solo careers, but this was pretty rare. For those of us who still enjoy a good song from the late 60s, we owe these musicians a big thank you. 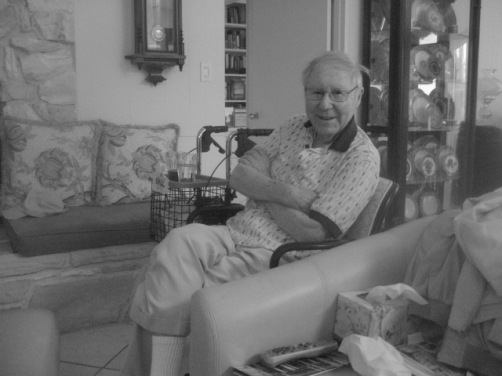 Bill Glasser, at home, ready to visit about whatever is on your mind. (Photo by Jim Roy)

On the way home from the movie I couldn’t help but think of Glasser in the same way. I continue to see articles and books that build on (whether they realize it or not) the beliefs of William Glasser, yet he is never mentioned or acknowledged in the articles. A recent such article, How Our Thoughts Control Our DNA, explains how our perceptions can actually re-write our genes. Bruce Lipton, author of The Biology of Belief (2005), writes that –

“The common idea that DNA determines so much of who we are – not only our eye or hair color, for example, but also our addictions, disorders, or susceptibility to cancer – is a misconception. This concept says you are less powerful than your genes. The problem with that belief system is that it extends to another level. You find yourself to be more or less a victim of your heredity. You become irresponsible. You say, ‘I can’t do anything about it, so why try?’ In reality, a person’s perception, not genetic programming, is what spurs all action in the body. It is actually our beliefs that select our genes, that select our behavior.”

Anyone who has read much of Glasser cannot read this Lipton passage without tracing the important connection between the two. One of my hopes for the Glasser biography was that it would establish and remind readers of Glasser’s influence. There is a growing awareness of the human capacity to make choices and the implication this capacity has on psychological and physical health. The psychology of internal control is gaining momentum! 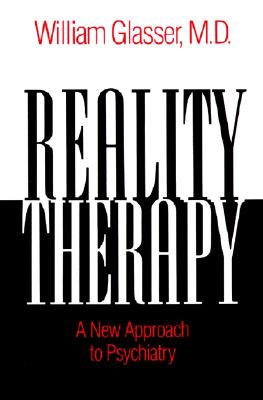 The psychiatric shot heard around the world!

It is good that The Wrecking Crew is now being recognized for their sizable contributions to the world of music. I loved their music as a kid and continue to love their music now. In the world of psychology the most important thing is that people understand how to be responsible for their own happiness and that they understand how to meet their basic needs without bulldozing or manipulating others in the process. That said, though, I would like for William Glasser to be seen as a major contributor to this view of mental health. 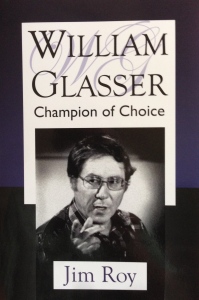