Perceptions as Portraits, not Photographs

I do a lot of my reading on my iPad. Books that I am reading or continuing to re-read I keep on my main iBooks screen. I have created a folder for Finished Fiction and another one for Finished Non-Fiction. Usually when I finish a book I move it to one of those folders. In a few cases, though, even after finishing a book I leave it on my main screen, since I know I will be going back to it again and again. Such is the case with Daniel Gilbert’s Stumbling on Happiness (2006). More than his funny, even irreverent, style of writing, I am drawn to the amazing research studies to which he refers and bases his points. This research points to the incredible complexity of human beings and the processes that affect our thinking and behavior, a complexity ultimately anchored and intertwined in choice. 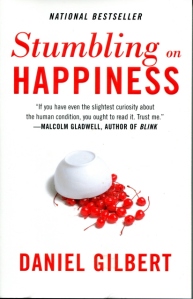 According to Choice Theory, people are always in the process of creating and monitoring their view of reality. A person’s view of reality has a great deal to do with how she relates to others and especially how she values her own status. This view affects how events are interpreted. Our personal view of reality is a big deal.

It is on that word personal, at least when it comes to their view of reality, that many stumble and eventually disagree. We see with our eyes what is and we hear with our ears what is – and that means, we figure, that we know what is. Previous posts have commented on the frustrations, and even dangers, of this way of thinking. (e.g. – Three Types of People – Awesome, Dangerous, and Run and Why Are So Many Christians So Un-Christian?) Is it possible that what we see and hear is somehow different than what we see and hear? 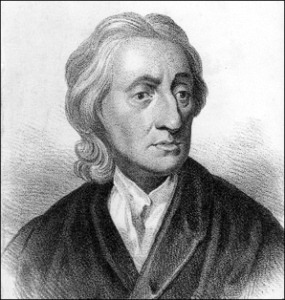 A portrait, not a photograph, of John Locke. 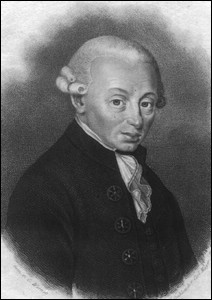 Immanuel Kant, showing off the look of the day. What keeps this hair from coming back into vogue?

Given that Solomon was right when he said that “there is nothing new under the sun,” (Eccl. 1:9) Stumbling on Happiness reminds us that the argument over how we perceive reality has been around for some time. John Locke, English philosopher of the Enlightenment and regarded as the Father of Liberalism, described the theory of realism in 1690, which explained that our senses confirm that things exist and that this existence produces an idea that we then perceive. Almost a hundred years later Immanuel Kant threw that way of thinking out the door. His theory of idealism in 1781, instead described a multi-faceted process through which a person’s picture of reality is created. An excerpt from Stumbling on Happiness says it best –

Kant’s new theory of idealism claimed that our perceptions are not the result of a physiological process by which our eyes somehow transmit an image of the world into our brains, but rather, they are the result of a psychological process that combines what our eyes see with what we already think, feel, know, want, and believe, and then uses this combination of sensory information and preexisting knowledge to construct our perception of reality. “The understanding can intuit nothing, the senses can think nothing,” Kant wrote. “Only through their union can knowledge arise.” The historian Will Durant performed the remarkable feat of summarizing Kant’s point in a single sentence: “The world as we know it is a construction, a finished product, almost—one might say—a manufactured article, to which the mind contributes as much by its moulding forms as the thing contributes by its stimuli.”

I think Gilbert summarized the centuries-old argument even better when he wrote that “Perceptions are portraits, not photographs, and their form reveals the artist’s hand every bit as much as it reflects the things portrayed.”

Perceptions are portraits, not photographs. 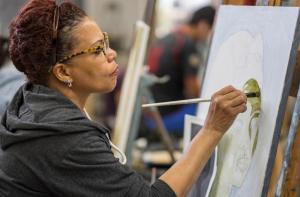 Locke believed the eyes and the mind combined to produce a photograph, a perfect replica of reality, whereas Kant believed the eyes, and all the other senses, combined with the mind to create a painting of reality that represents sometimes our best guess, sometimes a deep need or want, but always a reality that is meaningful to us and that makes sense. The research in Stumbling on Happiness reveals that Kant was right. The ideas of Choice Theory certainly affirm the accuracy of perceptions as portraits.

Whether we view our perceptions as photographs or portraits is a big deal! It’s a big deal when it comes to our mental health, primarily because it’s a big deal in our relationships. Of course, how we perceive reality affects all aspects of our behavior, including how we vote politically, how we drive a car at rush hour, how we manage children and students, how we see gun control, and how we worship, to name just a few. If we believe our senses take in a perfect picture of reality, like a photograph, then there isn’t much to talk about when faced with a person who supposedly sees things differently. The photograph in our head confirms our rightness; there is no need to talk about differences, other than to inform the other person of their being wrong. Such a view, as you might guess, leads to a narrow, locked-in mentality and hurts relationships in the process.

If we believe our senses take in a perfect picture of reality,
like a photograph, then there isn’t much to talk about
when faced with a person who supposedly sees things differently.

Being able to recognize our own role in forming our picture of reality creates a healthy freedom that allows us to learn from changing circumstances, especially when it comes to communicating with those whom we love. We allow that we don’t know everything and that we are open to new information. Because of seeing reality as a portrait we are constantly in the process of painting and modifying, we are more able to accept and respect the knowledge and views of others. This perspective skill set is one of the keys to empathy, which is a powerful piece of mental health and a huge piece in healthy relationships.

We do our children and students a big favor when we teach them about how we each paint a portrait of the world as we see it. Such knowledge allows for growth (mindset) and prepares the way for positive relationships in the future.

If you haven’t already read it, I encourage you to check out Stumbling on Happiness. It is an enjoyable read that is chock full of insight.

Such as are your habitual thoughts;
such also will be the character of your mind;
for the soul is dyed by the thoughts.
Marcus Aurelius

4 Responses to “Perceptions as Portraits, not Photographs”