The Soul Shapers 1 class I teach each summer at Pacific Union College begins on Monday (6-22-15) and I plan on it being the last one. No more Soul Shapers for me. I’ve taught the class for 10 summers in a row, ever since the Soul Shapers book was first published, and this is it. Soul Shapers is about to be history. 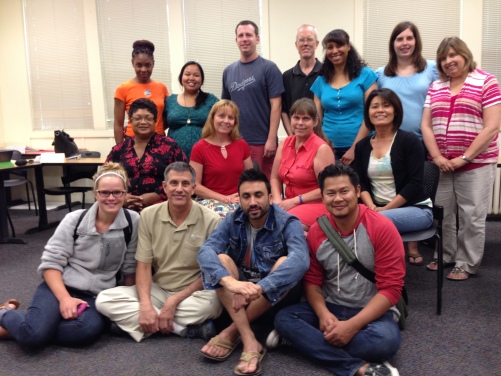 Truth be told, the only thing that I want to be history is the label Soul Shapers. I look forward to future summer classes and in-services across the U.S. and beyond, but I want them to be billed using a different title. I want them to be billed as The Better Plan. I am as convinced and enthusiastic as ever about the ideas and principles of choice theory, and I am as committed as ever to sharing choice theory with others. Labels are important, though, and The Better Plan is accurate, whereas the title Soul Shapers is not.

I got into the label situation because I wasn’t assertive enough to push for what I wanted. When you sign a publishing contract you pretty much sign away the rights to the book, including whatever the title of the book will be. My experience has been, though, that publishers don’t bulldoze their way to the title they prefer. They want your input. I was contacted early on by a rep from the Review & Herald (one of the main publishing houses of the Seventh-day Adventist church at the time; it has since gone out of business) and excitedly told that they had come up with a title for my manuscript. She then told me the book would be called The Blind-Folded Dolphin. I said “Excuse me?” One of the anecdotes I shared in the book referred to the dolphin show at Marine World and the manner in which the dolphins use echo-location to navigate (p. 33). While I like dolphins a lot, I didn’t want the book to be titled that way. The rep was not pleased with my response, but begrudgingly said they would keep working on it. (The working title of the manuscript I initially submitted was The Better Plan, but apparently that title wasn’t grabbing them.)

When they called later with a new title, Soul Shapers, I must have been so relieved that it wasn’t based on fish (ok, mammals) that I went for it. When I later received my 10 free copies of the book (as the author) it was the first time I had seen its cover – the title, the graphics, and the color scheme. There was a richness about its look – the layout and colors were very good – however as I considered the title and the graphics my heart sank a bit. 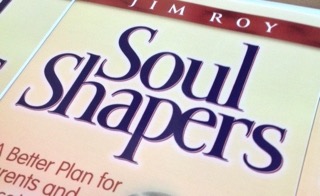 As agreed, in bold, large letters, the title Soul Shapers is prominently featured. And then below the title is a picture of a cookie-cutter in the shape of a heart, with what appears to be a child inside the heart. The implications of this title and graphic began to form in my awareness. In the world of tools and gadgets there are few items more externally-controlling than a cookie-cutter. It’s sharp, strong edges push into the soft dough and form an exact, very particular shape. The large words above the cookie-cutter, Soul Shapers, complete the supposed message of the book – teachers and parents are externally shaping the souls and characters of the children in their care. In some ways, it would be challenging to come up with a more inaccurate title.

The message of the book is that every person is responsible for the shaping of their own character, and that as teachers and parents our role is to guide and support children as they begin the journey of self-control and character formation. It is a delicate process based on free will and choice. As adults our goal is to reveal to children the details of their own personal internal control systems. There is no greater gift we can endow to them. The Soul Shaper book was meant to alert readers to the ways in which Scripture, Ellen White, and William Glasser emphasize this internal control system.

Ellen White, who wrote at the turn of the last century, explained that –

True character is not shaped from without, and put on; it radiates from within. Desire of Ages, p. 307

You yourselves are responsible for the kind of character you build.   Fundamentals of Christian Education, p. 245

“Every child should understand the true force of the will… The will is the governing power in the nature of man, the power of decision, or choice.”           Education, p. 289

The sub-title of Soul Shapers is A Better Plan for Parents and Educators. When the publisher let me know I responded “Why not use the original phrase and refer to it as The Better Plan, rather than A Better Plan?” They explained that using the word “the” makes it sound like this plan is the only way or the one best way and that the letter “a” made it sound more reasonable, like it was just one of many ways to accomplish what was needed. I responded that “the better plan” was not my phrase, not something that I came up with, but that it was directly from the pen of Ellen White. As you can see the cover ended up with “A” Better Plan. Sigh.

The Ellen White quote that originally alerted me to the better plan, and more importantly to the principles of the better plan, is such a powerful choice theory statement. It goes like this –

Those who train their pupils to feel that the power lies in themselves to become men and women of honor and usefulness, will be the most permanently successful. Their work may not appear to the best advantage to careless observers, and their labor may not be valued so highly as that of the instructor who holds absolute control, but the after-life of the pupils will show the results of the better plan of education.             Fundamentals of Christian Education, p. 57

“The better plan” is about helping students to recognize and apply their own internal control guidance systems. Sadly, she admits that teachers who help students in this way will be misunderstood and underappreciated. This is significant. How much more clearly can this be said?

And so this is the last time I am going to teach a class called Soul Shapers. I like The Better Plan a lot better.

10 Responses to “The Last Soul Shapers”