The California legislature is about to consider a bill that raises the legal cigarette smoking age from 18 to 21.

What a great opportunity to teach students about choice theory!

Don’t get me wrong. It’s not so much that I want to feature the habit of smoking, but current events like this legislation can be a great springboard for learning.

State senator Ed Hernandez, D-Azusa, wants to keep cigarettes out of the hands of teenagers and believes that “We can no longer afford to sit on the sidelines while big tobacco markets to our kids and gets another generation of young people hooked on a product that will ultimately kill them.” Most people will agree that smoking is harmful. We agree less, though, on how to go about keeping people from smoking or getting them to quit after they have already started to smoke. As one person reacted to the impending vote, “What’s really going to work, legislation or education?”

When I first read the legislation or education comment a light bulb went on in my head and I recalled Glasser’s belief that the real future of choice theory depended on its becoming part of a public health approach to happiness and mental health. In other words, it’s about education. Toward the end of his career Glasser was excited about a booklet he wrote called Defining Mental Health as a Public Health Issue. He felt that people could be helped by having accurate information, and then supported as they put that information to use in their lives.

Is correct information enough when it comes to keeping teenagers from smoking, though, or is legislation the answer? Maybe the situation requires both education and legislation. This is the question that can begin to form an outline for a learning unit on Teenagers and Smoking.

There are so many good ways to plan and organize such a unit. One way would be to organize essential questions around the four parts that Glasser always covered when he lectured – the basic needs, the quality world, creativity, and total behavior. The following are examples of questions that could be considered by middle school or high school students as they study the topic.

Basic Needs
What basic need is a teenager satisfying by smoking? Or is it a combination of more than one basic need?
What do you think is the average age when people smoke their first cigarette?
Do you think young people are ignorant of the health risk of smoking? Or do kids who smoke simply have a low need for survival?
To what extent would teaching students about their basic needs prevent them from smoking?
Is the need to belong (love & belonging) strong enough to lure a teenager into starting the smoking habit?

Quality World
Why do you think a teenager places the smoking habit in his/her quality world?
Is a boy or a girl more likely to start smoking before he/she is 20 years old? Why do you think so?
Do you think cigarette advertising works? Are teenagers drawn to cigarette advertising or are they drawn to smoking by friends?
Is smoking an act of rebellion? If so, what are teenagers rebelling against when they start smoking?
Is it possible to have conflicting pictures in our quality world? How do we deal with QW conflicts?
Would raising the legal smoking age to 21 keep more teenagers from smoking?
To what extent do teenagers keep laws in mind?
Why do you think leaders and managers put so much effort into forcing people to behave in the way that they want them to behave?

Creativity
What is addiction?
Is smoking a form of self-medication?
Why would a person voluntarily choose to be addicted to cigarettes?
A guy by the name of William Glasser helped us understand the difference between pleasure and happiness. Can you explain the difference?
Is it possible for a teenager to choose to become unaddicted to cigarettes?
What would a teenager have to do to break the smoking habit?
What makes it hard to break a habit?

Total Behavior
What is the physiological impact of smoking on the body?
To what extent does the smoking habit have to do with a person’s thinking and to what extent does it have to do with a person’s feelings?
If we have direct control over our actions, as the concept of total behavior states, why is it so hard to quit smoking?
Describe each of the four parts of a total behavior – thinking, acting, feeling, and physiology – for a teenager contemplating their first cigarette? For their 50th cigarette?
To what extent do laws keep people from making hurting themselves? To what extent should laws keep people from hurting themselves? 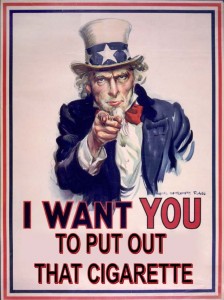 These are examples of questions and topics that could be included in a Smoking and Teenagers learning unit. Some of the questions require research. All of them invite discussion. The important thing is that the class would be looking at a relevant current issue through the lens of choice theory. In the process they would more fully understand the way that they themselves are internally guided, rather than externally controlled – be it by money-driven tobacco companies or the pressure of a friend next door. (Any help you can give me toward refining any or all of these questions would be appreciated.)

Keep on the lookout for other topics that will invite interest, lure into learning, and invite discussion. 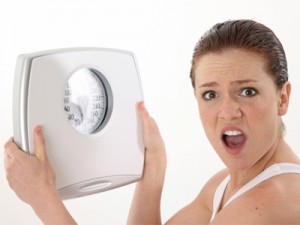 Coming next on The Better Plan – A recent study reveals that women are willing to trade years off of their lives for an ideal body. Trading Life for Looks will explore this all too common destructive mindset. Choice theory can help turn this mindset around. (And men, so can we.)