A recently published APA article listed in rank order the top 200 psychologists of the modern era, which means since WWII. The authors of the article emphasized that they wanted to systematically identify eminent psychologists. Eminent has to do with the degree of recognition, impact, and respect an individual has on the field. To do this they focused on three main criteria – citation metrics, textbook page coverage, and major awards.

Although not from the field of psychology myself, there were a number of names I recognized. Here is a sampling from the list of 200 – 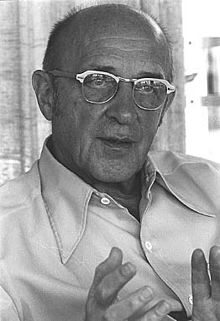 So, you’re probably wondering, where is William Glasser on this list? Incredibly, to me, Glasser is nowhere to be found among the top 200 psychologists. Zilch. Nada. It doesn’t seem possible that he isn’t on the list. But maybe the criteria were not suited to him. The list seemed to honor psychologists who pursued that role as scientists. Someone more knowledgeable than me can probably provide a better explanation.

The reference for the article is –

In anticipation of my teaching a classroom management course this quarter, on September 6 I posted a blog inviting you to share the elements that you felt were essential in a class on classroom management. Many of you responded. More recently, on November 7, I posted a blog asking for advice on how teachers can effectively work with parents. Again, you responded. The reason I am mentioning this is that students in my class have been reading your posts and have responded to many of them. I encourage you to take a look at the responses that follow these two posts – September 6 and November 7 – and even consider responding to the students who wrote to you. Thanks again for your help on this!

8 Responses to “200 Top Psychologists – Where Is Glasser On the List?”