Sticking It In Their Ear

Early in Glasser’s career he emphasized the idea of being responsible. Reality Therapy (1965) echoed this theme a lot. Taken as part of the overall elements of reality therapy – elements like involvement, no punishment, and never give up – responsibility could be kept in perspective. However, Glasser soon discovered that teachers were taking the idea of responsibility and using it as a hammer to whip kids into shape. Seeing that people were misusing the idea he began to pull back from it.

Early on he was also known as an expert on classroom discipline and his “get tough” approach was advertised in national magazines. He let this happen for a while, but realized that such a message didn’t accurately capture what he was trying to do. Once again, he began to pull back from what people thought he was saying.

We still face this challenge today. We love the sound of choice theory and are drawn to its application, yet when we have marinated for so long in external control (reward/punishment) it is easy to go back to what we know. Teachers chuckle in agreement when I suggest that it is possible to use internal control strategies in an externally controlling way. As Glasser used to say, “It’s easy to believe in choice theory, but it’s hard to do.”

And this is where a potential problem lurks. In the same way that teachers back in the 60s and 70s misunderstood and misapplied the idea of responsibility as Glasser intended, teachers today might be tempted to tell students that they are responsible for their own thinking and acting. If something is under our direct control, like how we act, then it may seem reasonable to emphasize this to students, even to bombard them with it. 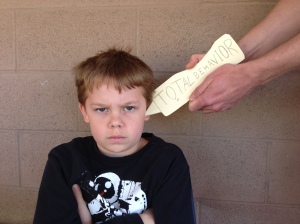 This is the thing, though. Gaining insight into total behavior and understanding how it applies to you personally doesn’t come from someone else telling you about it, especially during a tense moment when they may be telling you to get your act together. Such insight comes from being gently led toward the concept and being asked the right questions at the right moments.

One of my mentors, a man who taught me so much about supervising teachers, shared that

“It is better to get something out of someone’s mouth,
than it is to put it into their ear.”

As teachers and parents this can be our goal, too. Total behavior is correct, in my opinion, and our having direct control over our thinking and behavior is correct, too. Helping our children and students realize that, without damaging our relationship with them, is our challenge. Somehow we need to help them talk about what the idea of total behavior means to them, rather than just sticking the concept in one of their ears.

3 Responses to “Sticking It In Their Ear”